Photographic landscape observation is gaining ground in Switzerland, from Schlieren to the Chasseral.According to its proponents, it could also provide valuable guidance for spatial planning.

The photo from 2005 shows a typical street junction: a greyish residential building in the foreground on the right, in the background on the left a garage with new cars displayed on the forecourt, and an undeveloped plot in the background on the right. The same junction photographed from the same angle four years later (2009) reveals an imposing residential building with a blue and white façade to the rear of the previously undeveloped plot. Two years after that, in 2011, more buildings are under construction to the front and rear of the blue and white apartment block. A new footbridge has been built over the road. In 2017, the once grey apartment building in the foreground is concealed by scaffolding; by 2019, it has been transformed with a completely renovated façade.

Between 2005 and 2020, the changing face of the Zurich commune of Schlieren in the Limmat Valley was meticulously documented in photographs. Shots were taken every two years from 63 different locations in the built-up part of the commune – always from the same perspective and in similar conditions. The project, entitled “Long-term photographic observation of Schlieren 2005–2020”, was initiated by a team from the Institute for Contemporary Art Research (IFCAR) at Zurich University of the Arts, led by Meret Wandeler and Ulrich Görlich. It is now nearing the end of its first phase. “We wanted to combine photography and applied research”, recalls Görlich. “When we learnt that the company Metron was developing an urban development plan for Schlieren, we asked if we could get involved by documenting the impact of the plan’s implementation on the landscape.” 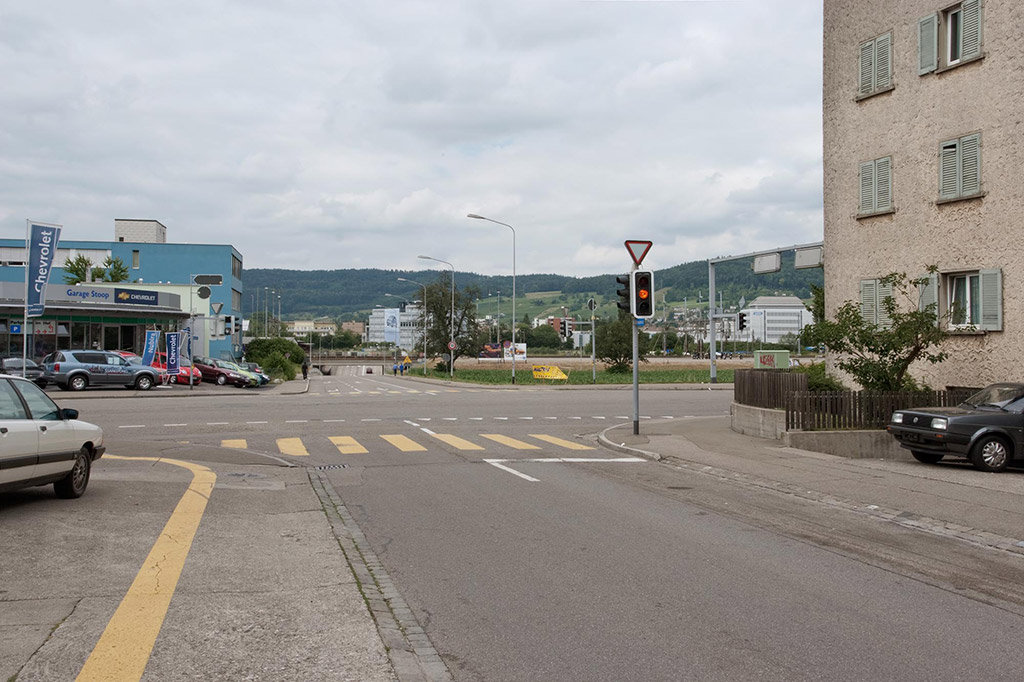 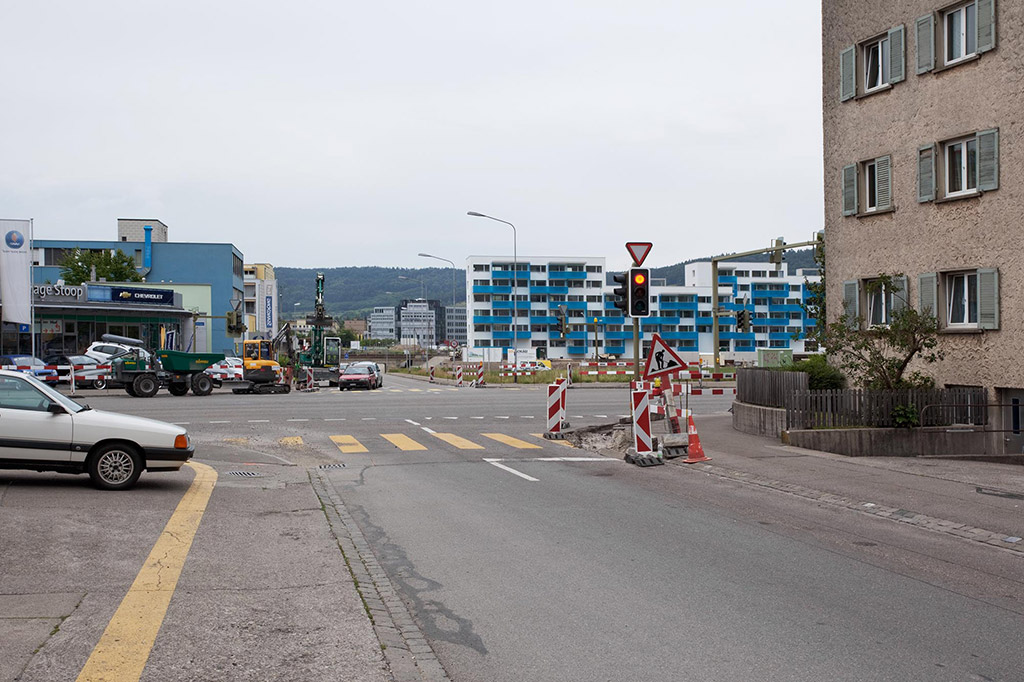 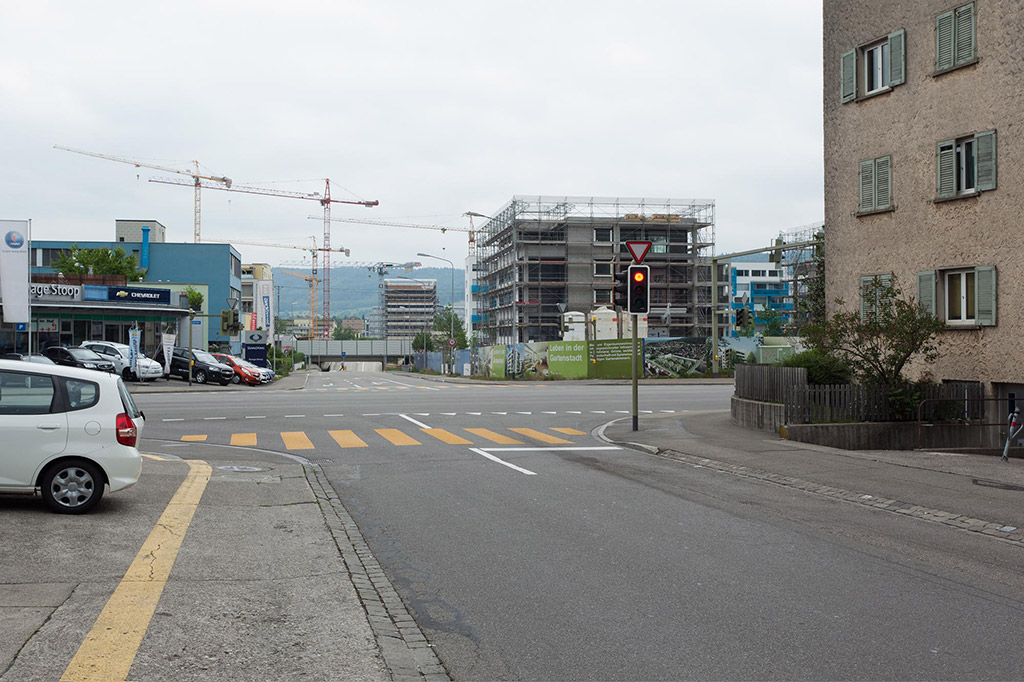 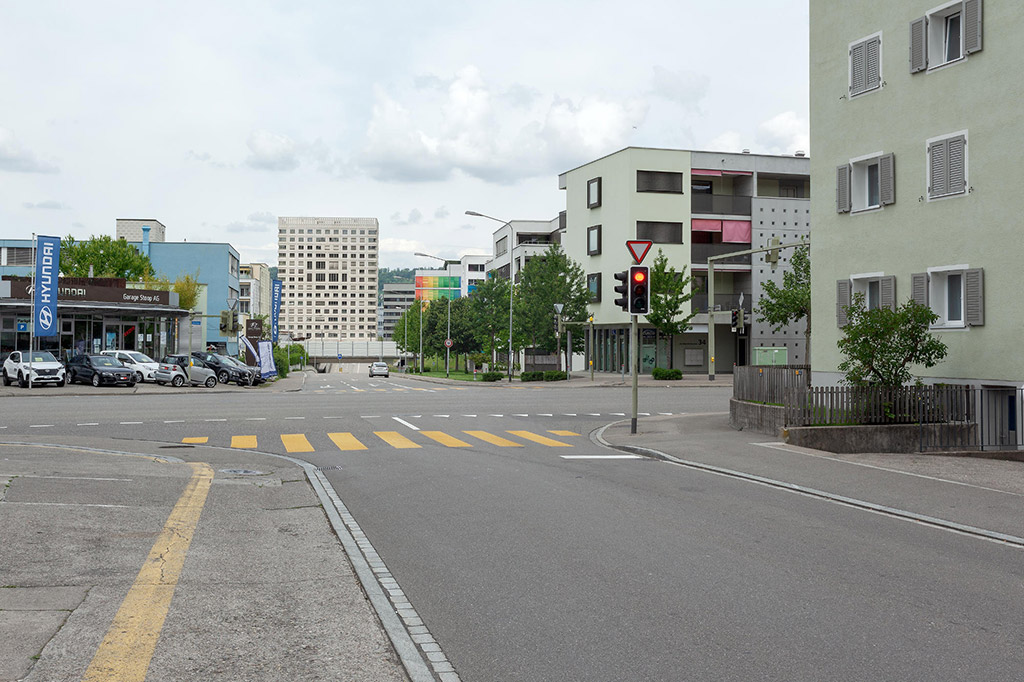 The shock of the visual

Photographic landscape observation projects have been undertaken elsewhere in Switzerland. Locations are photographed at regular intervals from the same angle, thus providing a visual illustration of the changing landscape. The approach has also been adopted in a number of publications juxtaposing shots of the same place decades apart. One notable example is Glaciers : Passé-présent du Rhône au Mont-Blanc, a book of photographs documenting the dramatic melting of the glaciers. “Such projects have an enormous communicative impact”, says Gilles Rudaz of the FOEN’s Landscape Policy Section. “Numbers can give a precise description of how glaciers are changing in terms of surface area and volume, but nothing illustrates glacier retreat more clearly than a visual before-and-after comparison.”

In 2017, the Chasseral and Doubs regional nature parks launched what Rudaz calls an “excitingphotographic landscape observation project” in which several dozen locations in both parks are “adopted” by local people, who pledge to photograph them at regular intervals. Examples include a former factory in Courtelary (canton of Bern) and the main road between Villeret and Corgémont.

A sophisticated technique for geolocating historical photographs of Swiss landscapes (Smapshot) has been developed at the Vaud School of Management and Engineering. Archive images provided by partners including EPFL, the National Library and the Federal Office of Topography (swisstopo) are made available online. Anyone who recognises one of the locations shown can pin the image to the corresponding location on a virtual 3D globe.

In February 2019, the FOEN held a workshop bringing together those responsible for the various photographic landscape observation projects in Switzerland. Representatives from Schlieren were among the 23 attendees. “What’s particularly interesting about the Schlieren project is that the pictures are taken from a pedestrian’s perspective and document the development of an everyday landscape”, explains Rudaz. The time series of the photos reveal subtle changes in the landscape qualities. This sets them apart from aerial shots, which are taken every ten years. Project manager Meret Wandeler agrees: “Only photography can identify developments that, while less conspicuous, are nonetheless extremely revealing.”

Schlieren town planner Barbara Meyer, meanwhile, appreciates being able to use this valuable photographic archive as a fact-checking tool: “Sometimes, I get calls from people who think that such and such a place was better in the past. The photos allow me to check for myself whether those concerns are justified, based on a range of parameters. A meadow might have been built on, for example, but the photo shows that it wasn’t previously accessible to pedestrians anyway.”

Meyer goes one step further: in her view, photographic landscape observation has the potential to improve the urban planning process. She is therefore seeking funding to continue the project in Schlieren after 2020. The results of the FOEN workshop suggest that most participants share Meyer’s view: as well as being a valuable awareness-raising and communication resource, photographic landscape observation should also berecognised and used as a spatial planning tool.

A belief in the benefits of photographic landscape observation is not confined to Switzerland. Back in 1984, the French authorities launched a “photographic mission” which resulted, five years later, in the establishment of a national photographic landscape observatory. Could this be an example for Switzerland to follow? “Not necessarily”, says Gilles Rudaz. Instead, the FOEN expert would like to see greater harmonisation of the process, with shared archives or even the creation of a common platform. This would deliver real added value. “Comparing data from the various Swiss projects could provide valuable insights.” Insights that would undoubtedly help to enhance landscape quality. 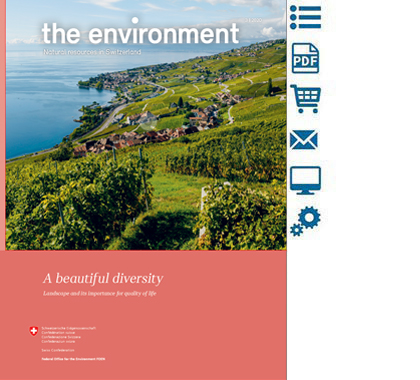