Pesticides exceed the limit value of 0.1 micrograms per litre at around 2% of monitoring sites every year. In addition, pesticide degradation products (known as metabolites) occur in concentrations of more than 0.1 micrograms per litre at one in three groundwater monitoring sites across Switzerland. Metabolites significantly impair the quality of groundwater, particularly on the Swiss Plateau.

Under the Waters Protection Ordinance (WPO), groundwater should generally not contain any persistent synthetic substances. For groundwater used for drinking water or intended for such use, there is also a limit value ('numerical requirement') of 0.1 micrograms per litre (µg/l) for pesticides. In addition, the groundwater – after basic treatment, where appropriate – must meet the requirements of legislation on foodstuffs. This legislation also prescribes a maximum value of 0.1 µg/l for pesticide metabolites classified as relevant for drinking water in the authorisation procedure.

Pesticides exceed the limit value at around 2% of the NAQUA National Groundwater Monitoring sites per year. This percentage has remained largely unchanged for more than 10 years. In recent years, elevated concentrations were mostly due to bentazone, but also chlortoluron and metolachlor. Groundwater resources in karst areas of the Jura are particularly sensitive to pesticide pollution, where these substances can exceed the limit value for a short time, but in some cases substantially.

In intensively used agricultural areas, metabolites, i.e. pesticide degradation products, are widespread and regularly detected in concentrations of more than 0.1 μg/l. On the Swiss Plateau, metabolites exceed the value of 0.1 μg/l at more than 60% of monitoring sites. Nationwide, every third NAQUA monitoring site is affected. 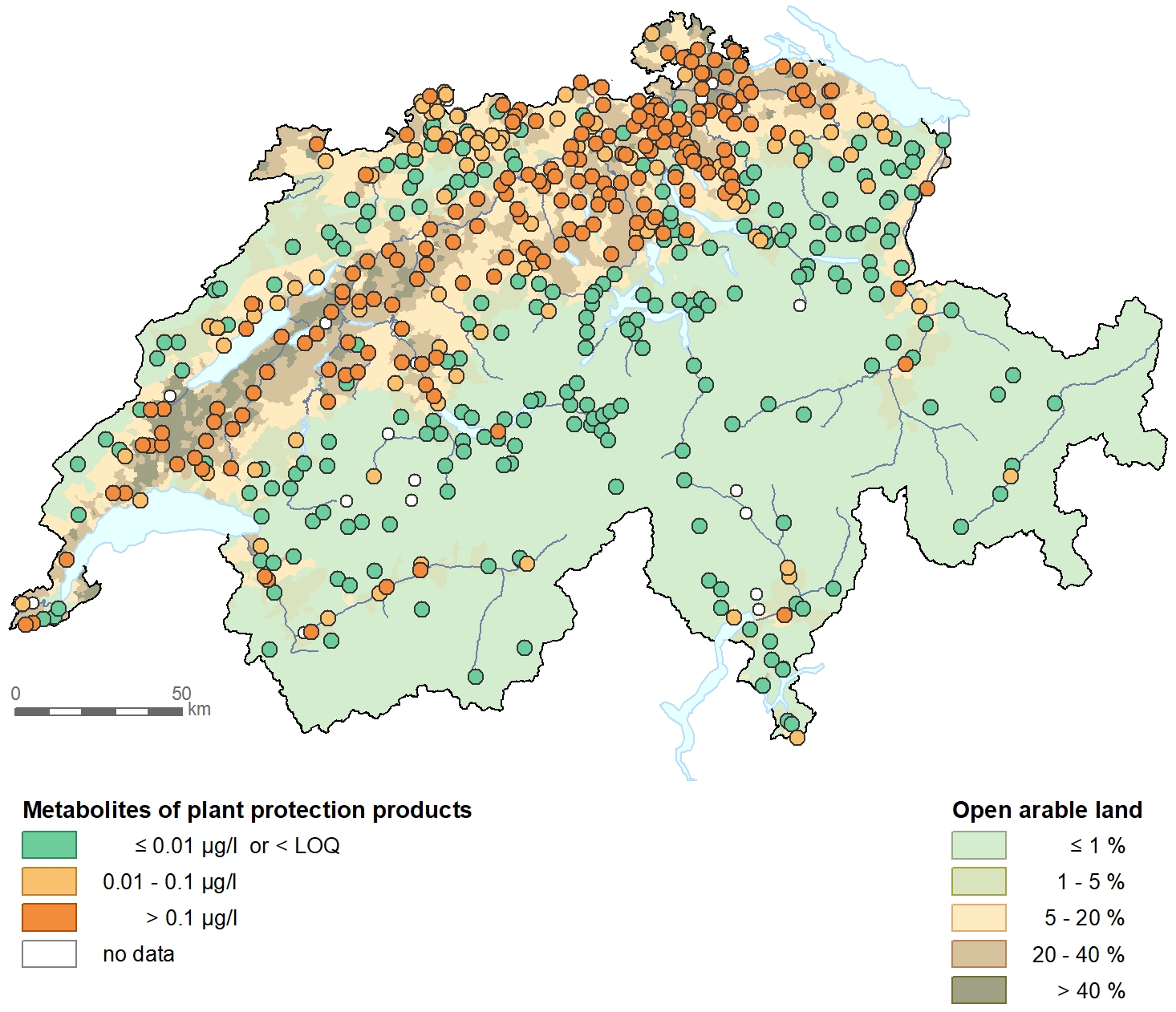 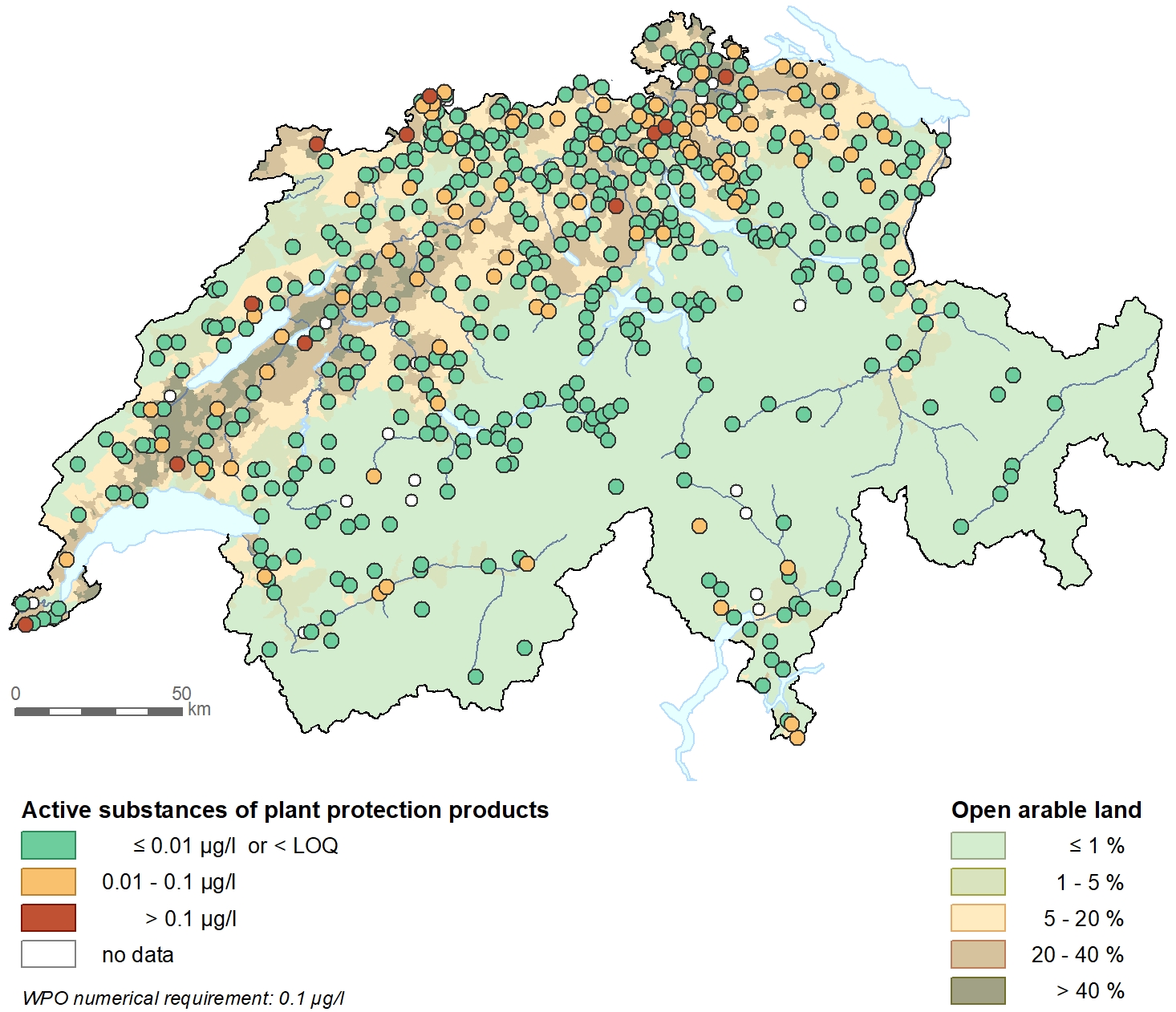 Metabolites of the fungicide chlorothalonil are particularly widespread in groundwater. In arable farming areas, they exceed the value of 0.1μg/l at more than 80% of monitoring sites. Throughout the country, every third monitoring site is affected.

In recent years, the concentrations of the metabolites of atrazine and dichlobenil have slowly decreased. The reason for this is the ban on these pesticides in 2007 and 2013 respectively. In 2020, the authorisation for chloridazon was also withdrawn and the use of chlorothalonil was banned. In addition, from 2023 onwards, farms receiving direct payments under the Proof of Ecological Performance (PEP), will only be allowed to use metolachlor and dimethachlor in exceptional cases, i.e. with special authorisation.

These publications do not exist in English. They are available in other languages.