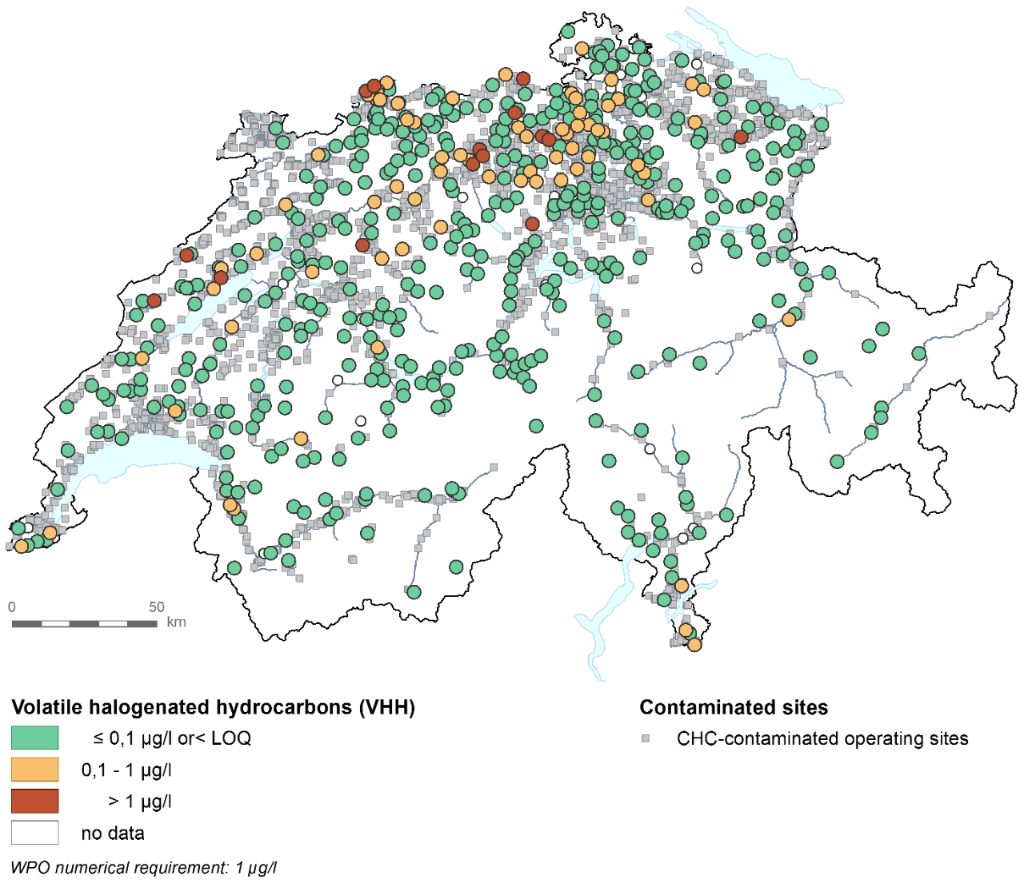 Volatile halogenated hydrocarbons mainly originate from contaminated sites, such as contaminated former industrial or commercial plants or old landfills. In the past, these substances were used in large quantities as solvents and cleaning agents in industry and commerce and became present in the environment, primarily in the second half of the 20th century, because of inappropriate handling. Once in the groundwater, VHH resist degradation and therefore still contaminate the groundwater to this day.

In 2019 monocyclic and polycyclic aromatic hydrocarbons did not exceed their respective limit values. MAH were detected at 3% of monitoring sites, while PAH were only present at one monitoring site.

The petrol additive MTBE, for which the WPO does not prescribe a limit value, was detected at just under 3% of the monitoring sites in concentrations of up to 1,0 µg/l. The maximum level in drinking water prescribed by the Drinking Water Ordinance (DWBSO) of 5 µg/l for the combined presence of MTBE and ETBE was not exceeded.

Between 2007 and 2019, the number of monitoring sites at which volatile halogenated hydrocarbons were detected in concentrations of more than 1 µg/l fell from just under 5% to 3%.

The number of monitoring sites with concentrations of tetrachloroethene above 1 µg/l also decreased significantly.

Detailed view of the indicator