Groundwater contains very little nitrate naturally. For groundwater used for drinking water or intended for such use, the Waters Protection Ordinance (WPO) prescribes a limit value ('numerical requirement') of 25 milligrams per litre (mg/l). In recent years, this limit has been exceeded at almost 15% of NAQUA National Ground Monitoring sites nationwide. 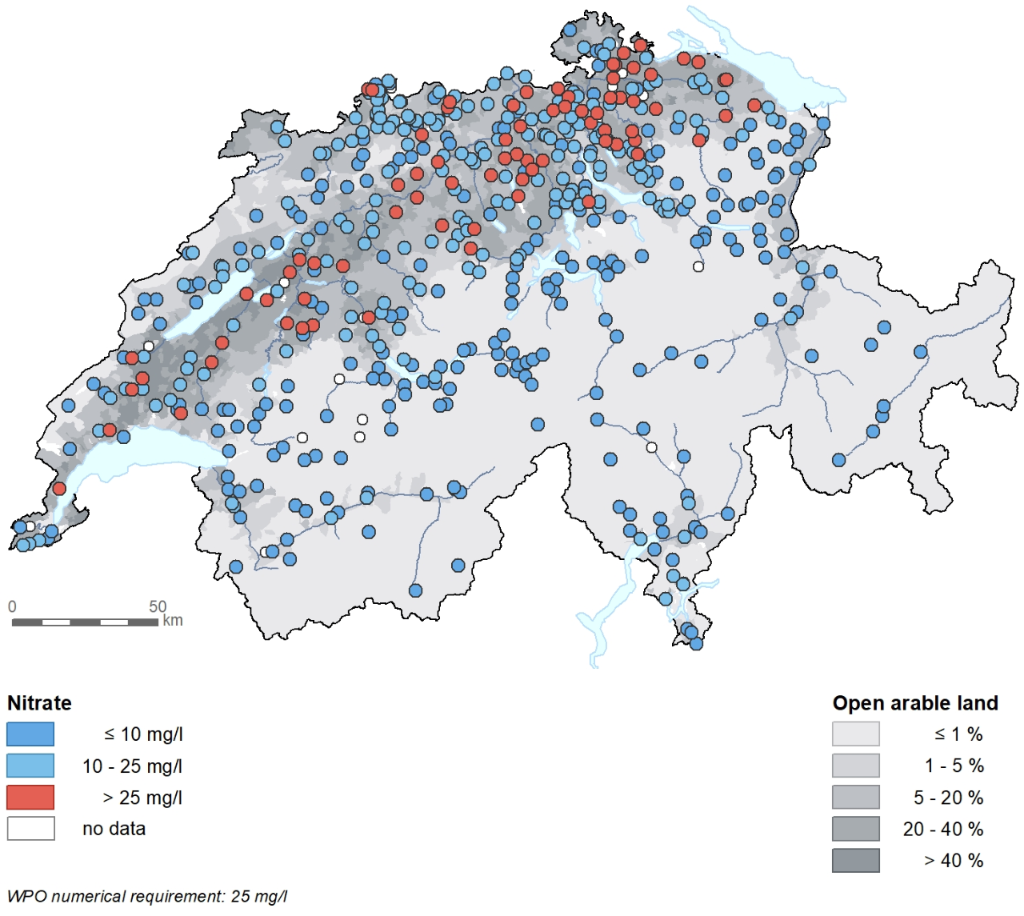 Although there was a slight decline in nitrate concentrations until 2016/2017, concentrations have since been increasing at many monitoring sites. This increase is particularly pronounced in areas with vegetable crops and arable land, where there is a lot of excess nitrogen in the soil. In these areas, levels have increased for four years in a row.

Detailed view of the indicator