The dataset « MQ-GWN-CH » contains information on the runoff regime for the river reaches of the Swiss river network: on the one hand the natural monthly and annual runoff means (reference period for the modelling: 1981-2000), on the other hand the flow regime type. The spatial reference for these indications are the river reaches.

Illustration of the mean runoff 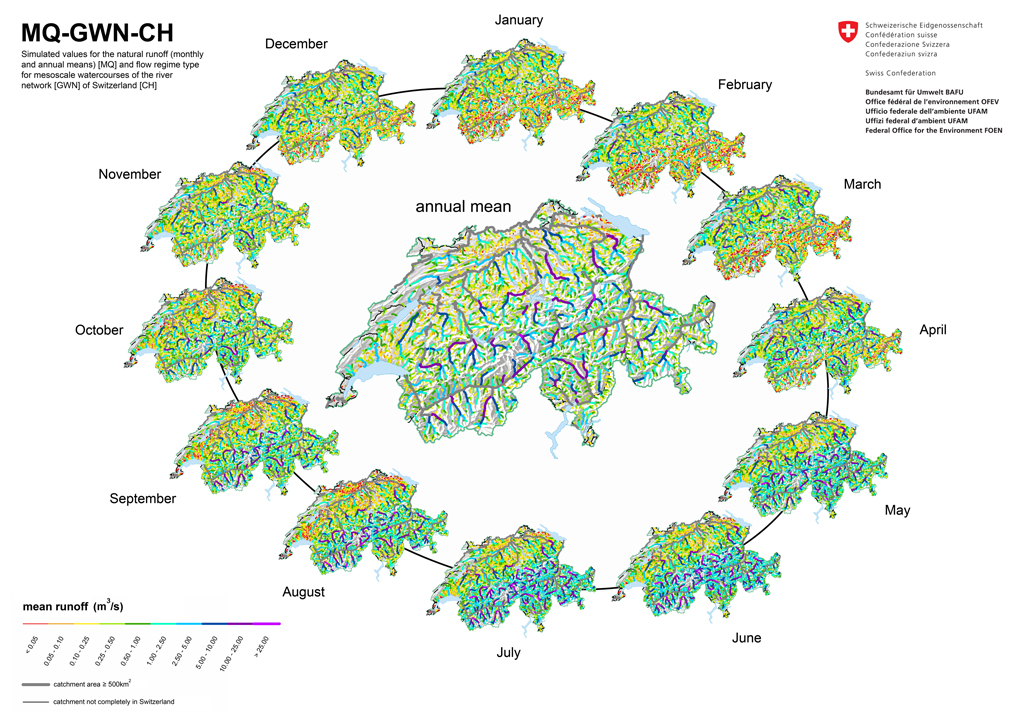 « MQ-GWN-CH » constitutes a dataset for the entire medium-scale river network of Switzerland. No runoff values are given for rivers with watershed areas < 3 km2 (limit of application of the underlying dataset) and ≥ 500 km2 (given that in general for such cases a hydrometric station is available within a useful distance). The latter starts from the assumption that measured data are as a matter of principle to be preferred to modeled estimates.

The dataset is provided as a shapefile and a text file that can be linked to the digital river network of Switzerland at the scale 1:25‘000 from swisstopo (gwn25-2007).

The dataset is available free of charge and can be directly downloaded with the below ZIP-file.

In addition to the dataset, the ZIP-file contains also a documentation (in German and French only) with a description of the dataset and how it has been established with indications on scope and limits of application. The terms and conditions of use as well as cartographic illustrations of the results are also included in the ZIP-file.